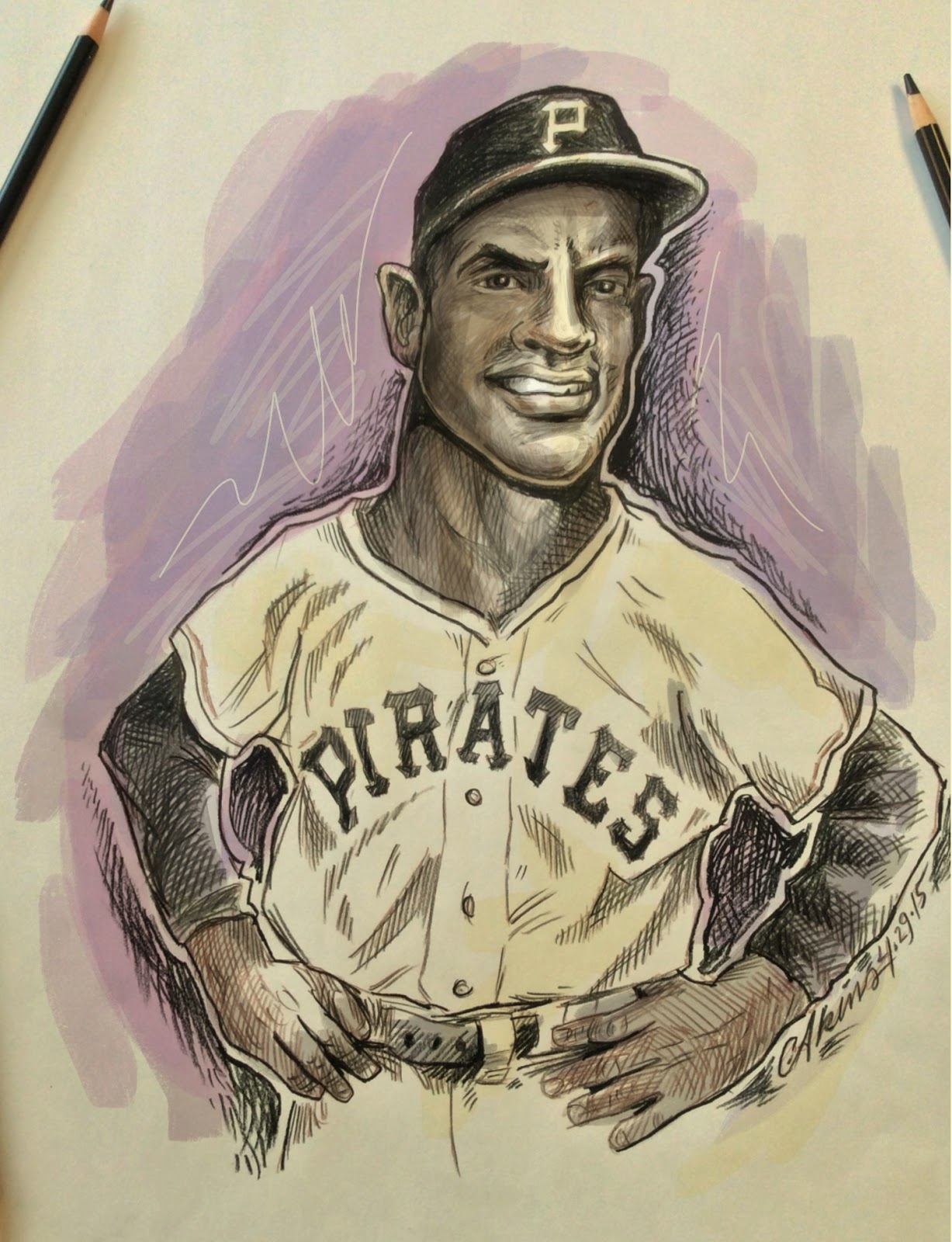 A stand out player. Twelve time All-Star. All around class act. Inducted into the Baseball Hall of Fame posthumously after his tragic death. Born in Puerto Rico, he was involved in charity work every offseason for those in need in the Caribbean and Latin American countries. Tragically, he died December 31st, 1972 while on the way to one such mission.
To aid the victims of an earthquake in Nicaragua. Also, a Marine Corp Reservist who trained at Parris Island, SC, Camp LeJeune, NC, and in Washington DC. 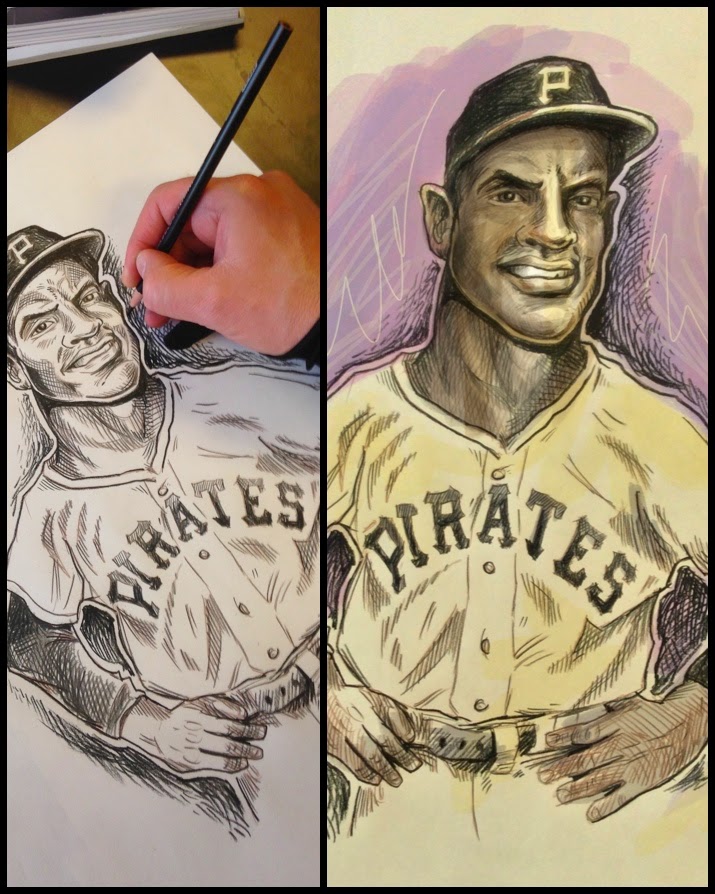 Posted by Charles Akins at 9:49 AM No comments: 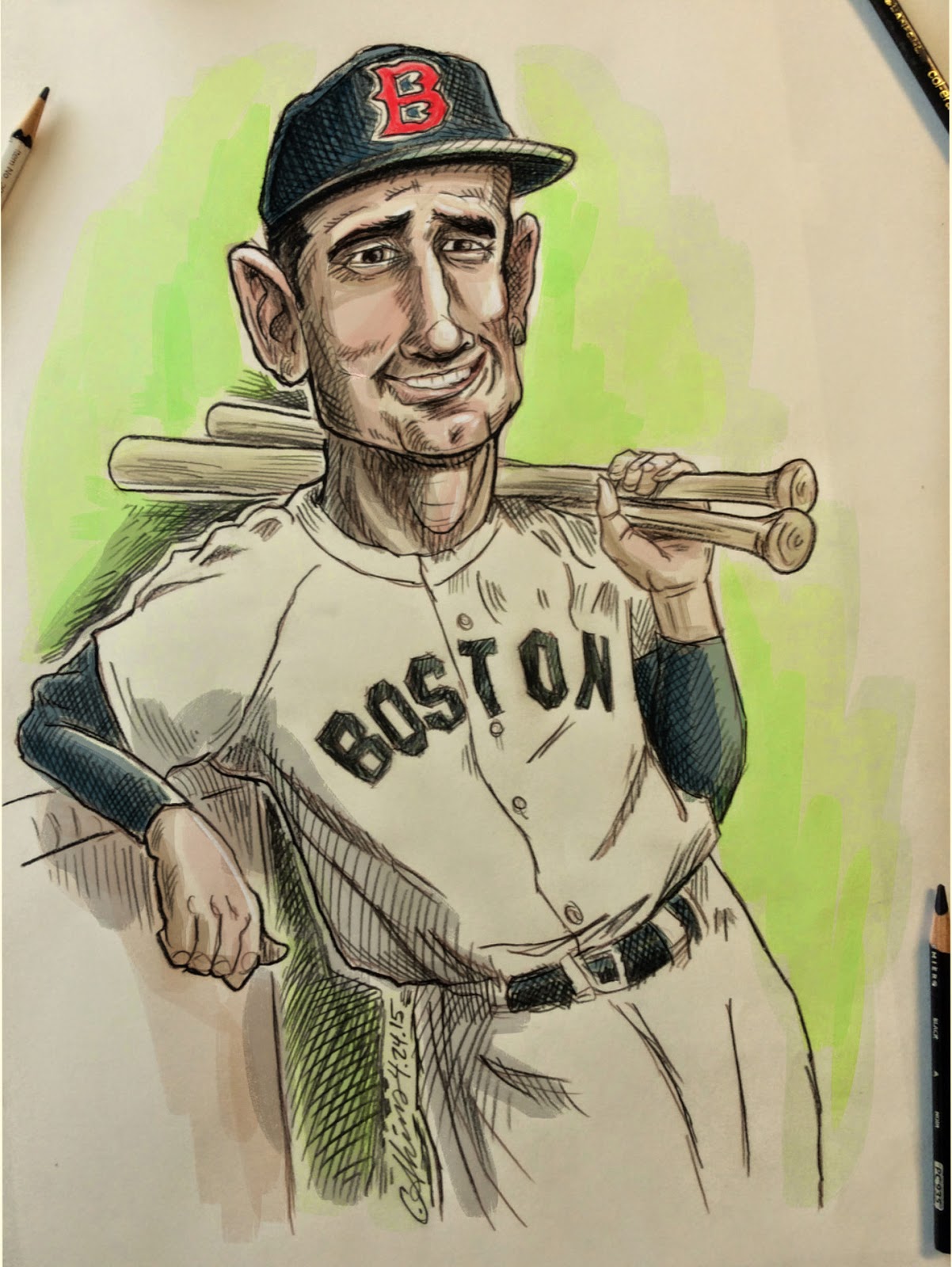 The next in my series of Baseball greats, Ted Williams. Rather than just refer to him as the nickname I knew: "The Splendid Splinter," I've copied and pasted the many deserving nicknames he acquired over his illustrious career: Nicknamed "The Kid", "The Splendid Splinter", "Teddy Ballgame", "The Thumper" and "The Greatest Hitter Who Ever Lived", Williams is regarded as one of the greatest hitters in baseball history.
A little something for the Beantown fans.
Posted by Charles Akins at 9:45 AM No comments: 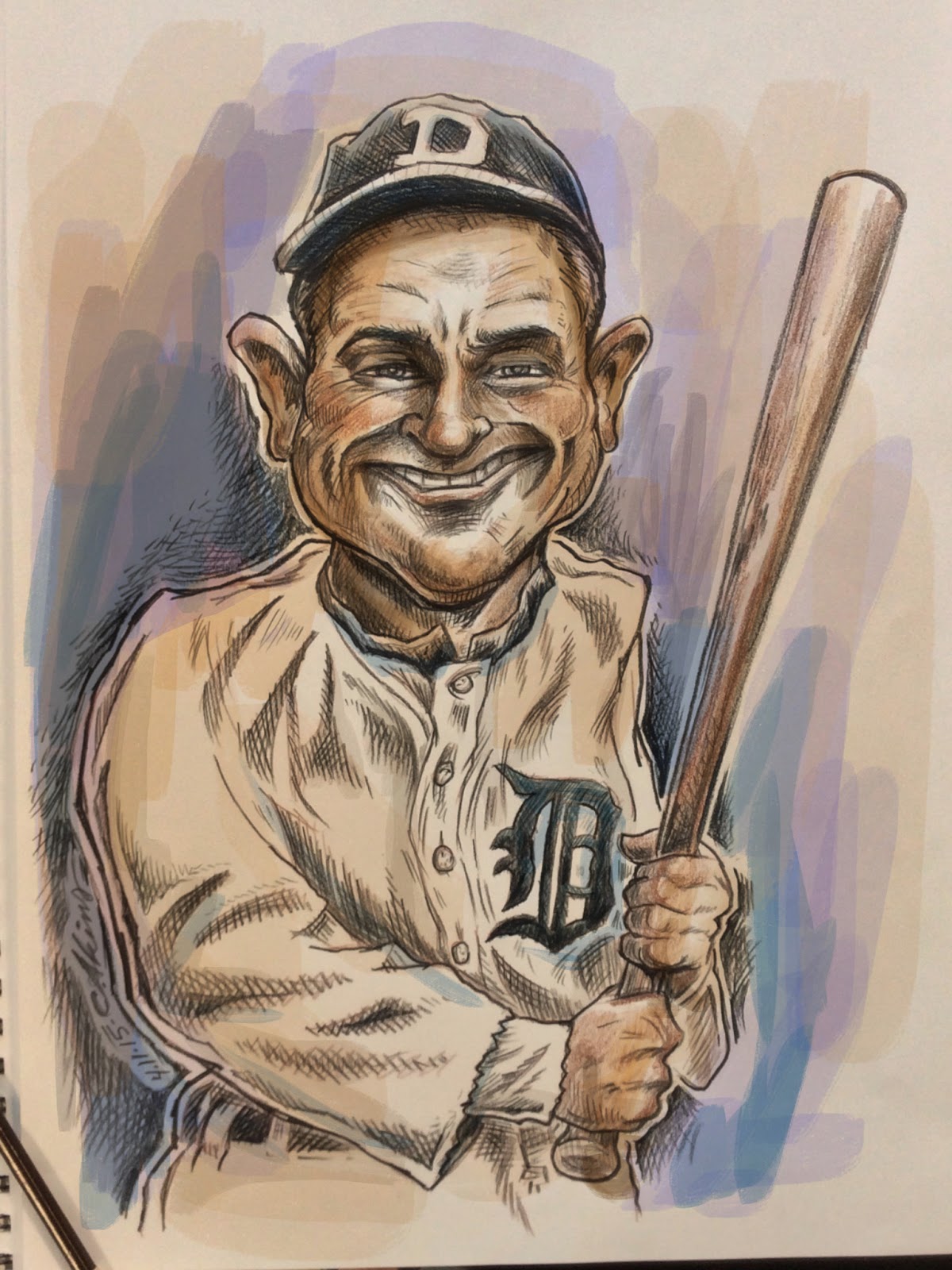 Ty Cobb, the "Peach" that played like a tiger.
Another in my series of Baseball greats.
Posted by Charles Akins at 9:44 AM No comments: 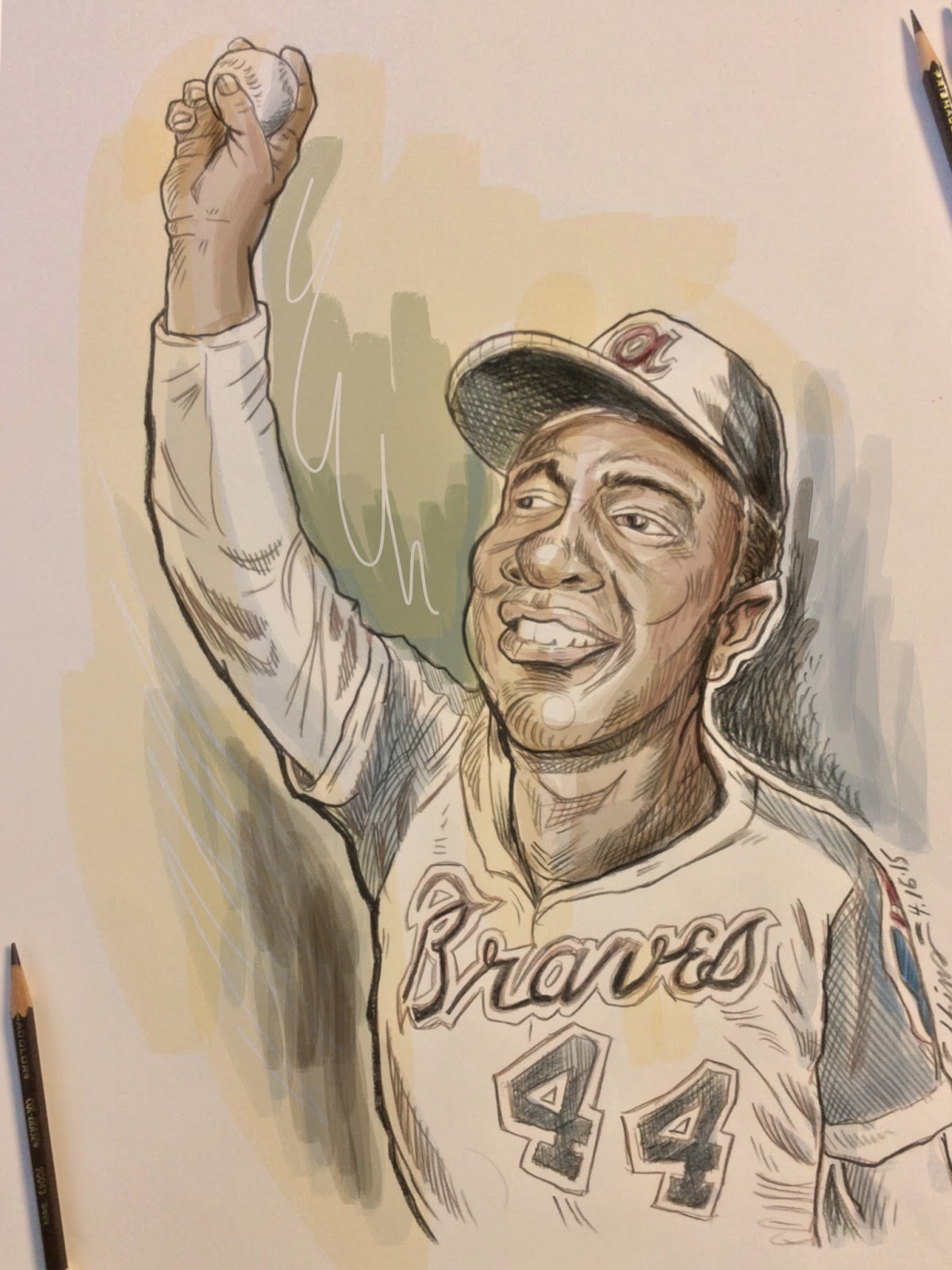 Another in a series of Baseball greats. This one is personal. Being from Atlanta, I was fortunate enough to get to see a lot of Braves games. The most memorable of all will be Hank Aaron hitting home run number 715 to break Babe Ruth's very long standing record. I was just a kid, but, I will never forget my Dad's voice, seemingly before the crack of the bat: “There it GOES!,” then, standing in my seat and clapping and cheering for what seemed like hours. Many many years later I had the honor and pleasure of meeting Hank in person. He showed the same humbleness and dignity in simply shaking my hand as he did for his 21 years as a pro player.
Posted by Charles Akins at 9:21 AM No comments: 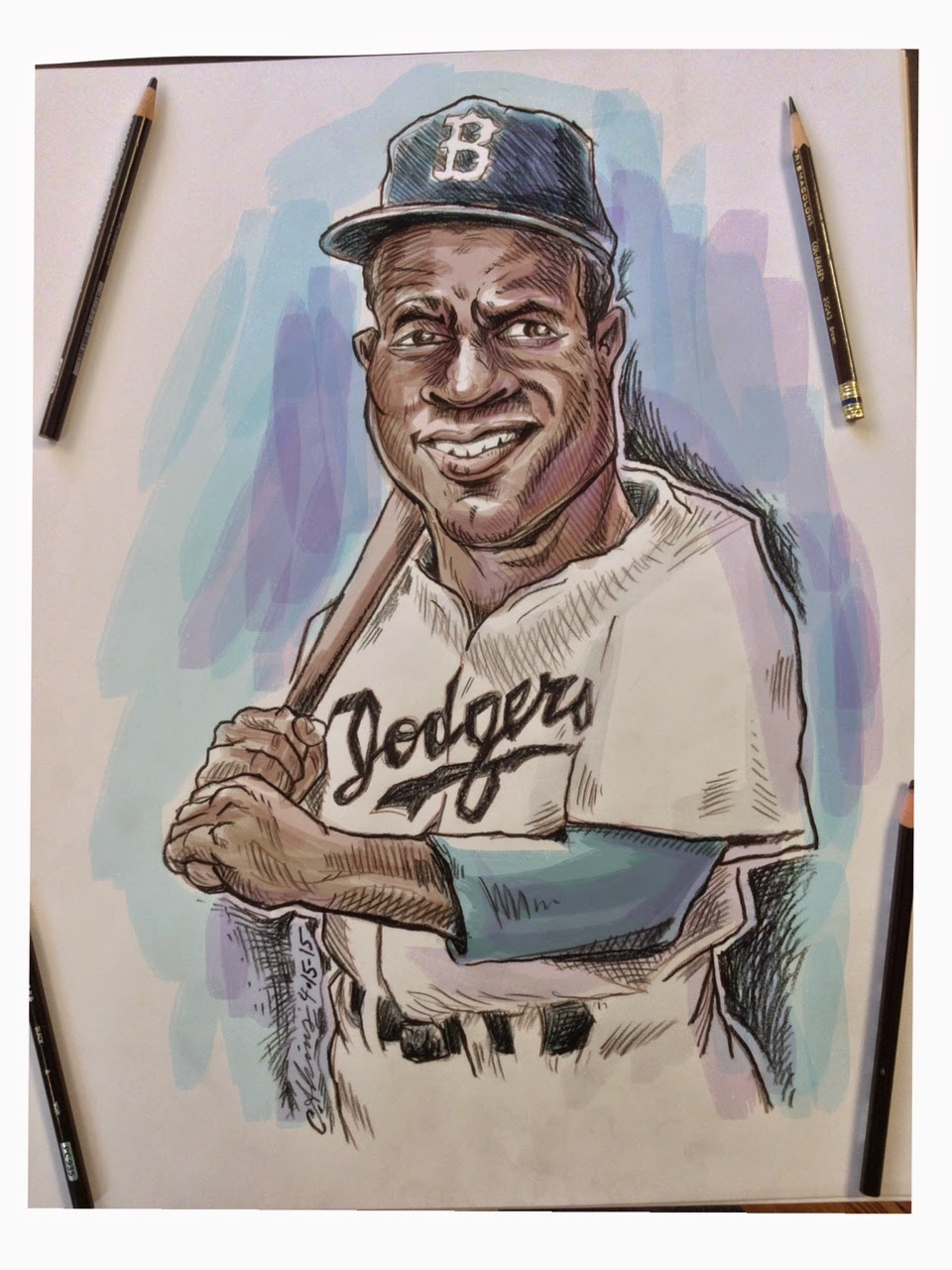 On this day, April 15, 1947, Jackie Robinson played his first game for the Brooklyn Dodgers, becoming the first African American to play in the Major Leagues. I had already finished the rough sketch for my next drawing in the series of American Baseball greats, when I woke this morning to see my "This Day in History" calendar. Nuff said! Time to change gears a bit and render a different drawing! Again drawn around 14x17 and colored in Procreate on my iPad. 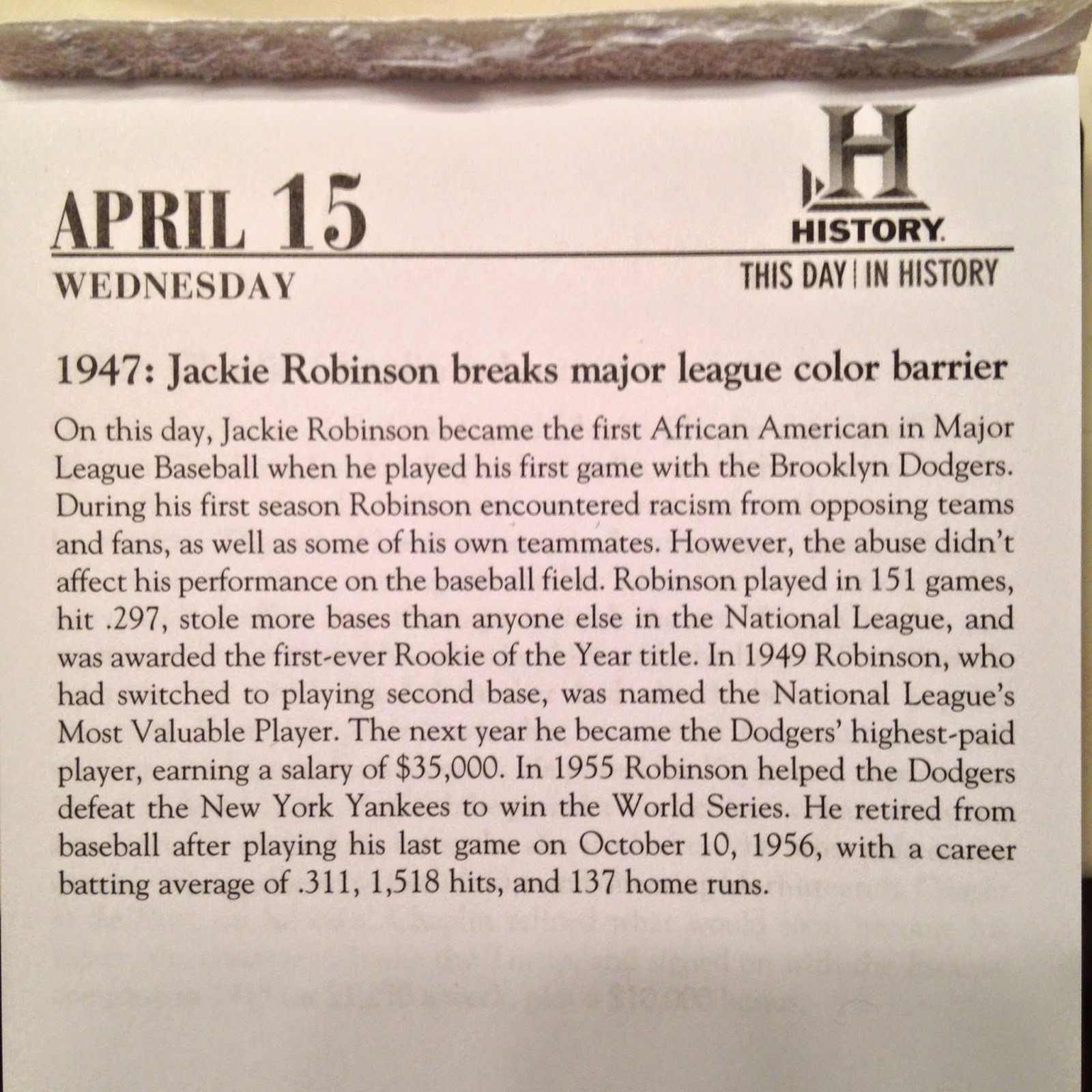 Posted by Charles Akins at 12:58 PM No comments: 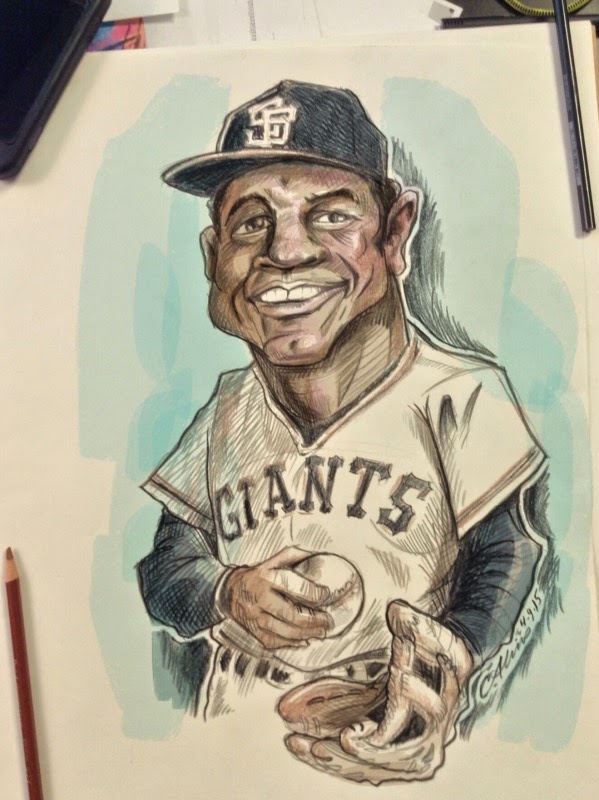 The next in a series. The talented Willie Mays. I'm having some fun now! Slowly starting to get on a roll. Hand drawn around 14x17 with Prismacolor and Col-Erase pencils, then picture taken into Procreate on my iPad and further colored.
Posted by Charles Akins at 12:49 PM No comments: 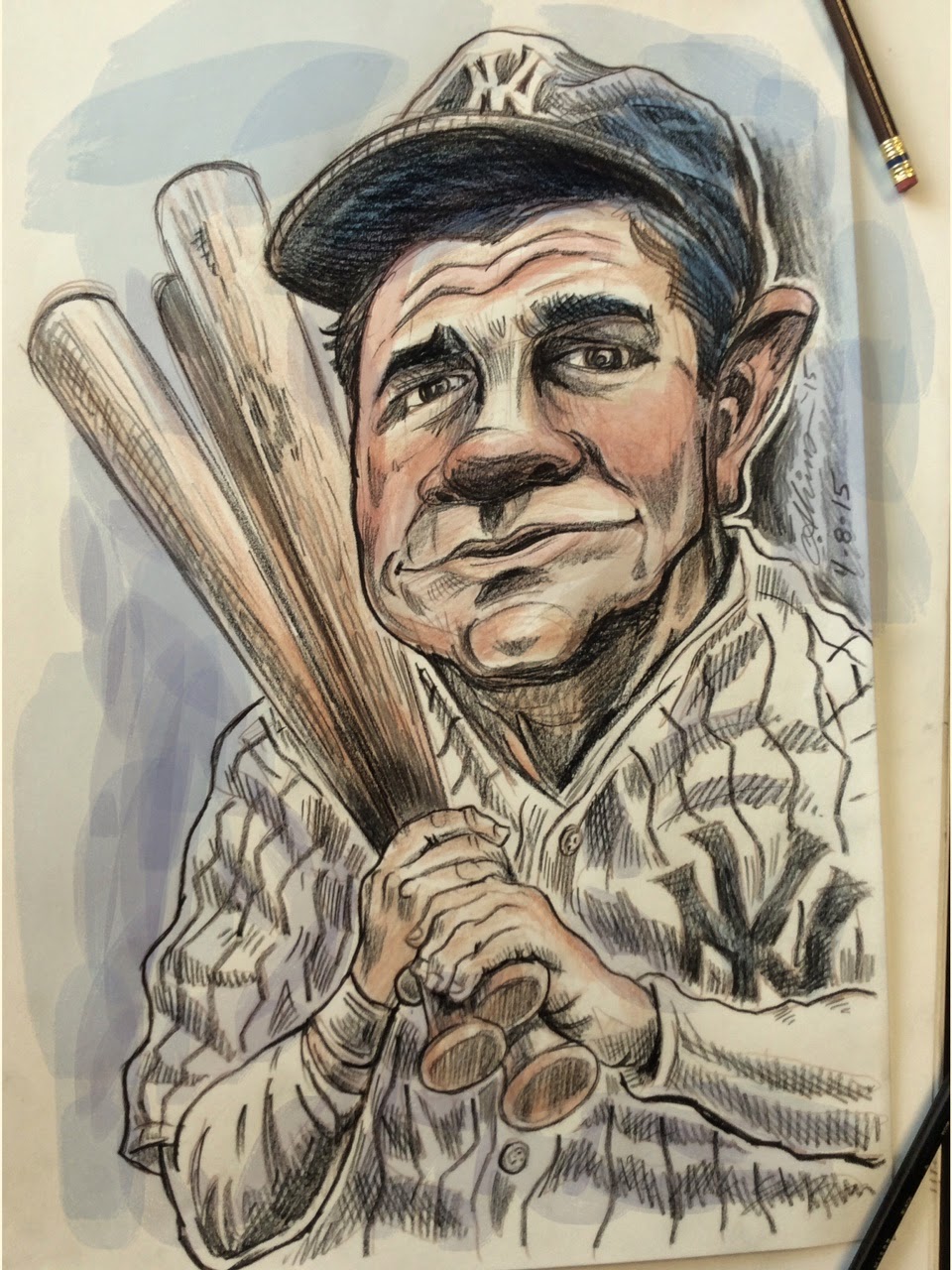 Happy Spring, Happy Baseball! ...The Babe. The Sultan of Swat. The Bambino. Quite by coincidence today I realized while working on this drawing, that one year ago today, April 8th, I had posted about Hammerin' Hank Aaron breaking Ruth's home run record on this date in 1974.
Posted by Charles Akins at 3:40 PM No comments:

Some of My Animations